9 July 2016
Today has been a rough day, full of emotions, travel, and solitude. Reflecting on the events that have happened in the states these past few days, I feel called to write about it. It may have little to do with Ireland, but I feel a sense of urgency and (as my professors recommend) I am going to express it. I would like to preface that there is some use of violent and angry expressions in this blog post, so I guess if you can, prepare yourself for that. Also, I am sorry that the wording and ideas are a bit scattered. This is more of a word vomit than a well discerned piece of literature, but I trust that the message will overpower my mediocre (but improving!) prose.

Firstly, I pray for the families and loved ones of Alton Sterling and Philando Castile. The fact that I can access a visual of their deaths makes me feel so deeply confused – what do I do when I watched someone get killed, so violently and so close up, from a screen thousands of miles away? That I can access footage of their deaths, that anyone with Internet access can, is so tragic because where is the humanity in that? Why are people not OUTRAGED? WE CAN WATCH CLIP AFTER CLIP OF BLACK MEN AND WOMXN GETTING MURDERED AND NOT BE ANGRY??? AND NOT SAY “ENOUGH IS ENOUGH”?? I know this happens all the time in areas of conflict overseas, which makes me feel even more moronic that it takes it happening in the states to anger me so deeply. But maybe I am feeling this way because, in my opinion, more people are not. I also pray for the families and loved ones of the police officers that were killed in Dallas. This, too, is interconnected to what else I will write about.

I am extremely saddened by these recent events. Today, we were traveling via train from Dublin to Galway – a cross country adventure that only took just over two hours. Scrolling through my social media, I encountered many posts/videos/etc. about the recent deaths of these men, which is so important! It is so important that, though I am so far away, I can stay in tune with the news. 50 years ago, a traveler in my situation would have a much harder time accessing the current events in the US at such a rapid rate. I am so grateful to have the opportunity to contemplate national and global news in such an isolated and reflective setting – a serious privilege when I think of those whose experiences intersect with news stories like this one everyday. Being of such a privileged background has granted me the opportunity to pick and choose when I want to think about these issues, and when I’d rather think about something more pleasant. However, the more I dig into the discomfort of finding out the entire reality of race/color/privilege/power/bias/etc., that I (tragically) was not able to learn in my first 13 years of education, the more these stories take root in my heart and keep me from being present in whatever moment I find myself in. So this is why I write. Because I know that my liberation as a child of this world is bound up in the liberation of those continually, continually oppressed, bruised, and battered by this broken country and world.

As I sat in the hostel watching a video attached to an article, I did not know that what I had clicked on was a compilation of video footage from many separate deaths that have occurred throughout the past few years at the hands of police. As you might guess, this video focused on the black men that have been lost to this violence. Of course, by the time I had realized, my eyes were already glued to the screen. There was one video in particular that showed a man being run over by a police car on accident. He was being chased and, though he stopped running because he faced a dead end, the car did not. Watching this (apart from the many videos of victims dying by gunfire) for some reason knocked the wind right out of me. I could not longer be with the lovely people in my group, who I love and care for so deeply, because I felt like this exciting moment of being in a new city and enjoying a celebratory meal did not fit in with the experience I had just (accidentally) had. It is to say nothing against anyone who went about their lives, but I just felt really sad and needed to get fresh air.

Now comes the part where I express my anguish. Anybody could be reading this, but I am addressing my friends and family in particular who feel that they have nothing to do or say about the deaths of these and many other black and brown individuals (whether at the hands of police, mass shooters, what have you). It does not matter what you think they did or did not do wrong. It does not matter whether their killer had a history of mental illness, was raised in a particular part of town, what have you. It does not matter if these lives were taken on accident, or in self-defense, or any other way we like to sugar coat when a law enforcement officer’s gun goes off and someone dies. What does matter? Their lives.

We cannot wait for a better tomorrow. We cannot hope for a better tomorrow. We cannot sit around and say, when will these darned racists go extinct, or when will gun laws become stricter, or when will blah blah blah. Do you understand how racism has operated in this country for the past millennium? If you do not, please do your research. I am learning right beside you, don’t get me wrong – there is so much I don’t know. But, what I’m getting at is that our silence IS violence. Our participation in a system that elevates white folks over others at every turn – that allows for inequality that is clearly interconnected with race (among other identities) to persist, and we say nothing… This is violence. We have to work for a better tomorrow TODAY. This is the world our children, our students, our nieces, nephews, loved ones, will grow up in. How are we perpetuating a system that just does not work, for anybody? Human beings are interconnected, and our liberation from systems, mindsets, structures that hurt us is bound up – together.

We have to live intentionally and actively if we want to see a world in which the news does not broadcast how hate (manifested in prejudice, bias), once again, has stolen the life of an innocent person. We (anyone and everyone, y’all) should be learnin’ and fighting this system together. That means trying to deconstruct any and all systems that are oppressive. It is so much more than watching the news and saying “how horrible.” It is so much more than acknowledging that it exists. Yes, that is the first step. But we have to move quicker. There is urgency in this matter and everybody, especially those who have the power to make change happen faster, is responsible.

Also very important – There is so much to learn from the resistance, strength, and wisdom of people of color. Please do not wait for white news reporters, celebrities, political figures, etc. to tell you that this violence is caused by a system we are all living in and benefitting from. There have been cries from these oppressed communities since before there were any of these fancy words to describe what was happening, so try to respect that!!

I think that we have to combat this in our daily lives together. We just do. Everyone has gifts to lend to this movement as well, so don’t feel that you have nothing to do. We all have the ability to love, don’t you know? Love each other, lift each other up, love in silence, out loud, and for peace. If there is no justice, there cannot be peace, even if these green, rolling hills have tried to convince me otherwise. There will be unrest until all of God’s children are granted the dignity and respect that they deserve from the moment they are conceived onto this hurting world.

I am sure more will come on this later!! Sending love and care to everyone who has stuck with me thus far 🙂

Here is a link to a list of GREAT educational resources that a few of my friends shared on their face books (no credit to me for finding it): http://citizenshipandsocialjustice.com/2015/07/10/curriculum-for-white-americans-to-educate-themselves-on-race-and-racism/ 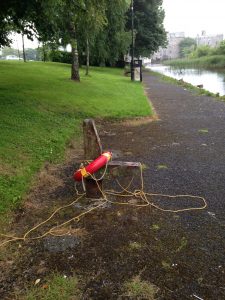